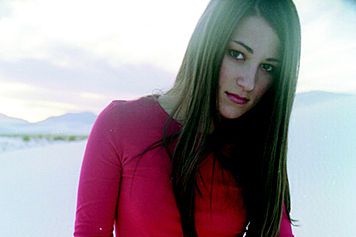 Hello.  My name is Christopher Benson.  You can call me Topher.  Unless you workout at Cardinal Fitness in West Pittsburgh or have a child in K – 5th grade PE at Samuel Adams Elementary, chances are good that we have never met.  Despite the fact that we are strangers, I feel I owe you an apology.  Without even meaning to I have recently impacted your lives, your hearts, and your iPods in a tragic and permanent way.  I have come to humbly beg for forgiveness.

You’re probably wondering, “man, what terrible thing did this guy do?  Did he vote Democrat?  Did he visit San Francisco?”  Sadly, it was much worse than that.  You see, back in the early 2000’s, I was dating this singer/songwriter chick named Jennifer Knapp, and…well…I’ll just say it: I’m pretty sure I turned her gay.

Not that it’s any consolation, but I promise it was an accident.  When I met Jenn she seemed like all the other nice, decently cute (call her a 7.5), heterosexual girls I’ve dated in the past.  We dated for about two years, and, not only did we have an awesome couple name (Jenntopher), I thought we had a really great time together.

We were both into the same things like sports, music, professional wrestling, and my body.  Plus, she always seemed to get a kick out of my jokes about her last name.  Like when I wiped barbeque sauce all over her shirt and called her a “Knappkin.” There was that other time she was in a crappy mood and I said “sounds like Jennifer needs a Knapp!” Yeah bro, I went there. Or the other time when I threw her over my shoulder and walked around Six Flags calling her my “Knapp-sack.”  She wasn’t laughing, but I could tell she got the joke.

Things were going good for like a year, but then, completely out of nowhere, she started getting crazy.  And I’m not talking fun, Britney Spears crazy.  I’m talking scary, Rosie O’Donnell crazy.  Looking back, that probably should have been my first clue that Jenn was…different. But what can I say?  I was young.  I was also going through a thirty-rack of Bud Heavy every two days or so.  Certain things were missed.

Jenn was always saying things like, “You’ve never supported me as an artist” which was dumb because she knew full well that I gave away all my copies of her CDs just so my friends could learn to love her music too.  And she would always bring up the fact that I’d never technically “been” to one of her concerts even though I had told her many times that it wasn’t personal. I just get creeped out by chicks playing the guitar.  Always have, always will.

Needless to say, things didn’t work out between us.  She moved to Australia, I moved in with my mom for awhile.  It was no different from any other breakup, and I figured she’d go back to dating boys and I’d go back to dating girls, just like we did before we met.  I swear, I was just as shocked as you when I found out she was a dy…that she was gay.

I probably shouldn’t have done a lot of things.  Let me reiterate, I was drinking a lot in those days.  But this letter isn’t about the past.  It’s about the future.  And in the future, Jennifer Knapp is gay and Topher Benson is really sorry about it.

The fact that it was an accident and that it happened nearly a decade ago does not excuse what I’ve done.  I’ve taken something from all of you and I’m not just talking about the CDs you had to destroy by ritual fire.  I’m talking about Jennifer Knapp.  I’m talking about the role model, the spiritual adviser, and the sex symbol who was sensual but still wearing a shirt.  I’ve ruined yet another safe alternative to Katy Perry, and for this and for everything else I am truly, sadly, deeply sorry.

There’s nothing I can do to take away the pain I have caused.  I can only offer my sincere apologies and my solemn promise that I will never again turn a beloved Christian pop singer into a lesbian.  This is all I have to give and I hope it is enough.