Our next liquid exploration introduces us to Tom Sims Kentucky Straight Bourbon Whiskey.

I can’t find much information about this whiskey or distillery online, although a few things I’ve found pointed at Heaven Hill, but there’s no information on their website nor is it on their Wikipedia page. I went ahead and reached out to them to get confirmation, we’ll see if they respond.

Starting with the bottle, you can tell this is a bottom shelf whiskey. The label is simple, but not in an intentionally understated way. It somehow looks low-budget. The bottle itself is the standard shape glass bottle with a plastic twist top – exactly what you’d expect for a ten spot at your local liquor store. I added a category to the breakdown at the top to call out how long it’s been aged, since that’s usually a good indicator of quality and flavor. Tom Sims and his ilk age their bourbon for 4 years. Not a super long time, but not nothing either. And it’s all bourbon, unlike that nasty swill Kentucky Deluxe. I just finished that bottle the other day, by the way. It was painful the entire time.

Tom Sims is made in Bardstown, which is another good sign. Not only is it a beautiful town, they know how to make some really good stuff. At this price point, if it’s even halfway decent then it qualifies to be your well whiskey. Let’s get acquainted with Mr. Sims.

When you first open up this whiskey, you notice that it does indeed smell like whiskey. It’s also brown, which is the appropriate color for a bourbon whiskey. If you get your hands on something that’s purporting to be whiskey but it’s another color – you’ve been had, my friend. That ain’t whiskey. Unfortunately, looks aren’t everything. Tasting it reveals that it is whiskey, but that’s about all you can get out of it. It burns like whiskey, wrapping you nice and tight in that Kentucky hug, but that’s about where the experience ends. There’s just no substance there.

Continuing after the first sip doesn’t get you any more character out of Tom Sims. He’s just an empty shirt, unfortunately. You know those vodkas they make for college kids that are flavored like all kinds of ridiculous crap? They just put crappy vodka in a bottle, toss in some snow cone syrup and tell you it’s Blueberry Delite or something like that? This kind of tastes like whiskey flavored vodka.

Like an average guy in an expensive suit, Tom Sims actually does pretty well mixed. Since it has no real flavor, to begin with, you won’t notice it much apart from recognizing that there’s something alcoholic mingling with your cola. I can feel good telling you that Tom Sims Kentucky Straight Bourbon is a good option if you like drinking a couple of fingers of bourbon and your mixer of choice.

Tom Sims would do just fine as your bar’s well whiskey, ready and willing to put some party into your friend’s glass of Coke. Beyond that, I’m afraid our old friend Tom finds himself lost and incapable of contributing much of anything beyond fitting the strictest definition of a bourbon.

On to the next one. Slainté! 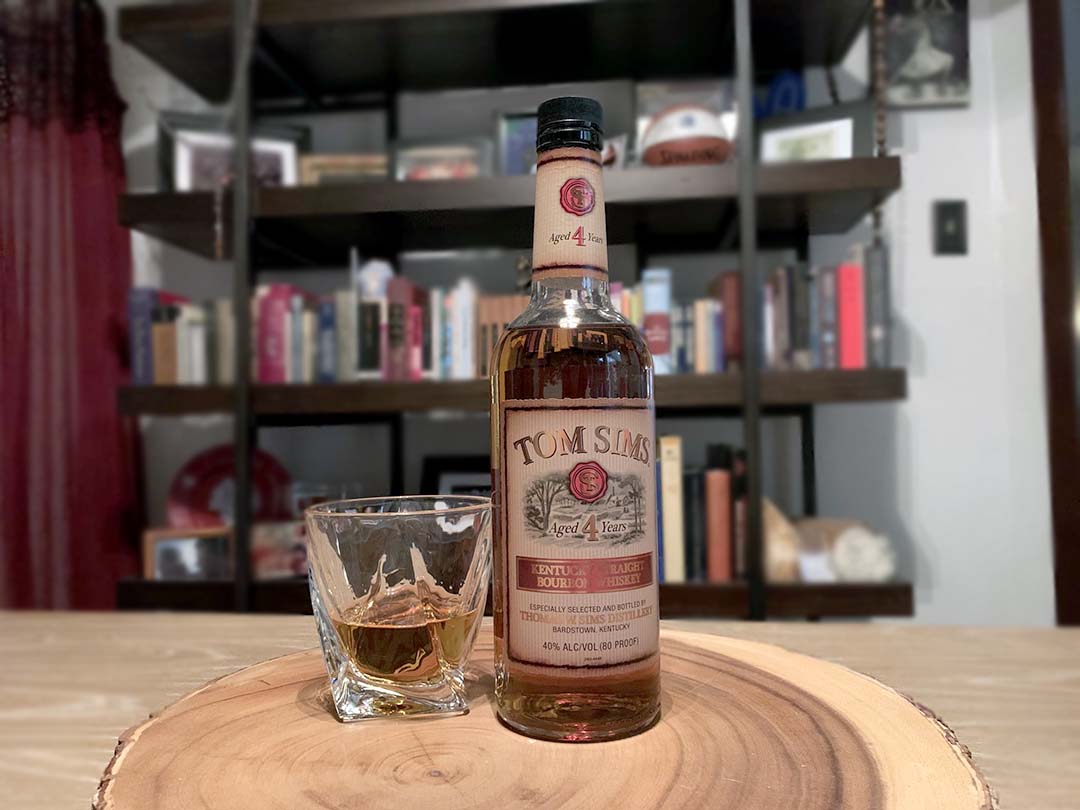