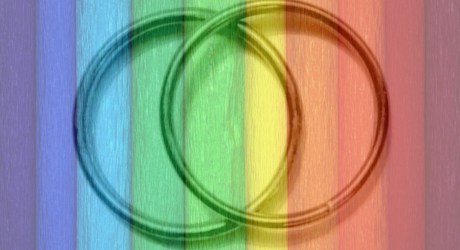 On June 26, 2015 the Supreme Court struck down gay marriage bans all over the country. To most that have observed the turning tide regarding gay marriage, this did not come as a surprise. Still, many Christians all over the country, including many candidates for the Republican nomination for President, insist on acting as if this ruling never happened. They think that SCOTUS has gone off the rails and it is their job to correct the direction of our national moral compass.

I, on the other hand, think Christians shouldn’t really care.

A few introductory notes: I’m a practicing, conservative evangelical Christian, who grew up Southern Baptist and graduated from Wheaton College (Billy Graham’s alma mater), where I minored in Bible and Theology. In other words, I’m very familiar with the Christian arguments against gay marriage, which are more complex than secular observers may realize. Believing that I should submit to the scriptures rather than trying to make the scriptures submit to me, I have struggled with these arguments, unsure of their validity and of their righteousness.

Let me start with what is probably the most prevalent argument: because homosexuality is sinful, we can’t sanction it by condoning legal gay marriage. To address this argument, we have to break down what “homosexuality” means in this context. Is homosexuality sinful? If the word refers to homosexual behavior, then the answer is yes. If it means the state of being a homosexual – a person who confesses to feel a natural attraction to people of the same gender – then I would say that is not a sin, since we all naturally feel drawn to many sinful things.

Some Christians, of course, still object to the idea that people can be born gay, and insist that sexual orientation is a choice in spite of testimony from gay people that it isn’t. These Christians, I think, may be afraid to concede that people can be born gay because they think that it weakens or even invalidates our position on this issue. To those Christians I would say, first: we must address people on their terms. We cannot get inside their heads, know their memories, or feel their feelings, so how can we tell them what is true about their own experiences? Beyond that, I would assure them that you can believe that sexual orientation is innate without condoning homosexual behavior. We are all born with an attraction to sin. We don’t sin against God by being tempted; we sin by entertaining those desires – by actions over which we have complete control. In other words, even if a man is naturally attracted to other men, that doesn’t mean he is forced to act on that attraction. The sin is the behavior.

And with regard to gay marriage, the behavior in question was already legal. Homosexual couples are engaging in the sins described in the scriptures whether they are married or not. Now that gay marriage is legal, it doesn’t follow that we, as Christians, are condoning such sin or agreeing that it’s acceptable just because we aren’t campaigning to criminalize it. It’s probably true that now that gay marriage has been legalized, homosexual relationships will become more socially acceptable and thus more prevalent. But in many ways I would say that ship has sailed. Turn on any television show, read any book, browse any news site – gay and lesbian Americans are pretty well represented in our culture & media. Homosexuality is, or is quickly becoming, a societal norm.

When we present this argument, Christians are essentially insulting homosexuals by saying that every heterosexual degradation of the family unit has been fine with us, but theirs is unacceptable. The more important question for Christians, I think, is whether or not widespread social acceptance of homosexuality, and by extension gay marriage, hinders our mission as believers in some new or uniquely damaging way. There are a lot of sins that are legal, or even accepted by our society. Doesn’t society already condone rampant use of pornography? Sex outside of marriage? Greed? Such phenomena, old or new, haven’t necessarily damaged the Church or been embraced by many believers. And where they have, it has only been because we have allowed it. It was not and is not inevitable.

For example, let’s take a closer look at divorce. A 2011 survey found that Christians who identify as evangelical and regularly attend church have a 38% divorce rate. While that’s lower than the rate of divorce among religiously unaffiliated Americans, it is still surprisingly high. If adultery is the only Biblically permissible criteria for divorce, do you really think that 38% of married Christians who regularly attend church committed adultery? And if 38% of evangelicals who regularly attend church commit adultery that results in divorce, don’t we still have a huge problem? Either we have a church culture of flippant divorce or we have a church culture of marital infidelity, both of which are cancers upon the very heart of what we would consider the traditional family unit. It’s hard to claim the moral high ground when Christians are ceding it faster than you can say “pre-nup.”

Christians also sometimes worry that legal gay marriage will yield to wanton and rampant persecution of the Christian Church in the media and culture and perhaps via litigation, particularly in the context of the most recent public persecutions of businesses that have refused to take part in gay marriages, even hypothetically. They fear that churches and other places of worship that choose not to perform homosexual weddings will be accused of bigotry and perhaps be sued for discrimination. The former scenario seems more likely to me than the latter, but either way, I don’t think this should be our motivating concern. Nowhere in the scriptures does Christ encourage his followers to avoid persecution at all costs. Instead, he says that we should expect persecution; in Matthew 5:10-12 he even calls it a blessing. And while it is true that there’s nothing in the Bible calling us to seek out persecution, observing changes to the government’s marriage laws rather than pushing to establish our morality as secular law is not the same as seeking out persecution.

Christians sometimes respond to this by saying that our faith should be treated differently because America was founded as a “Christian nation.” This is simply untrue. Was our nation founded on a generally Judeo-Christian moral structure? Yes, I don’t think that’s a far reach. However, as a “Christian” nation? Many of the founding fathers were not exactly paragons of Christian faith or advocates for theocracy. I am not going to delve into historical evidence, as that isn’t the point of this article.

Let me instead ask this question: even if the founding fathers were all faithful Christians and did not found the United States with freedom of religion as a core principal after fleeing religious persecution in Europe, even if they did intend for this country to be “Christian,” would we want that? A forced faith is no faith at all. A Christian theocracy will not result in a Christian society or a Christian populace. Living morally doesn’t beget salvation in Christianity. Salvation begets moral living.

Matthew 7 clearly states that we are not called to judge others. Paul later elaborated on judgment when speaking about church discipline in 1 Corinthians 5. He exhorts the Church at Corinth “not to associate with sexually immoral people.” (1 Cor 5 v9, HCSB). The next verses have resonated with me as I’ve reflected on gay marriage: (1 Corinthians 5 V10-13, HCSB, emphasis mine)

10 I did not mean the immoral people of this world or the greedy and swindlers or idolaters; otherwise you would have to leave the world. 11 But now I am writing you not to associate with anyone who claims to be a believer who is sexually immoral or greedy, an idolater or verbally abusive, a drunkard or a swindler. Do not even eat with such a person. 12 For what business is it of mine to judge outsiders? Don’t you judge those who are inside? 13 But God judges outsiders.

Why would we be concerned with the morality of the secular world? That is not for us to judge. Let us examine the giant planks in the eye of the American Christian Church and work about removing those instead.

I am not saying that Christians should not be involved in politics or that Christians shouldn’t be concerned with political matters. But I don’t think that the real object of concern in any of these arguments is actually Christ or our faith in Him. I think we are concerned that our comfortable, ichthus-decal culture may be crumbling around us. Homosexual marriage will not change the truth of the Gospel, it will not destroy the Church, and it will not hinder our mission as believers. It will, however, make us very uncomfortable, and I’d say that may be just exactly what we need.

Christ could have ascended to the highest levels of government when He came to Earth, establishing his Kingdom and law over all the land, which is what the Jews expected of a Messiah. Instead He came to Earth, washed the feet of sinners, built loving relationships with the lowliest of lows, and died a wretched, vulgar death to save the lives of all people. His example should be the cornerstone in our approach to those outside the Church.

People will not be converted by a legislated Gospel. They will be converted by seeing the sincerity of your faith in your everyday life. They will feel the radiance of the Holy Spirit as you walk with them through their lives – the good, the bad, and the boring. That is how we will transform our culture and society.

One relationship at a time.

This piece has been read over and edited by many friends, and to them I send many thanks. Particularly to Erica Grieder at Texas Monthly, who spent a lot of time and energy refining this piece with me. Thanks for your help, Erica!