Pet Peeves for the Common Man: How the Occupy Movement has Failed 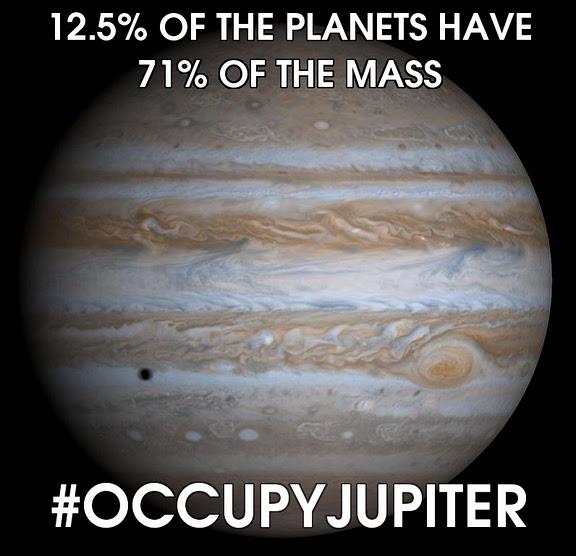 How the Occupy Movement has Failed

Surely we have all watched with curiosity as “Occupy” protests have erupted around the globe, even in futile places like my scenic home town of McAllen, TX. This fervent movement spread like wildfire all over the world in a matter of weeks, garnering support and media attention faster than a marital lawsuit against Kim Kardashian. Personally, I hate the government and the rat bastard Wall Streeters that landed people of my age group the envied title of “The Lost Generation,” so I was anxious to join the fist shaking, albeit from the comfort of my own home. After all, as The Secret tells us, all we have to do to get things done is send out positive vibes into the universe, right?

These Occupiers, if I understood correctly, were protesting the fact that much of the wealth in the United States (and the world in general) is concentrated in a small group of people, the “1%,” while the majority of people, the “99%,” are languishing in varying levels of dissatisfaction, if not poverty. I can get on board with that. I’d rather most people be provided for, working, and content than otherwise. Who, honestly, wouldn’t prefer that? I’m not sure even those stone-hearted, baby-tear-drinking, dream-shitting-upon one percenters would disagree with that sentiment down in their heart of hearts.

So, we established that we’re discontented about the state of things and as such, we decided to have us an Occupation. Alright, cool. Go team, I like it. Let’s be the change that Obama left on the campaign trail. But after the initial shock-wave of excited rebellion dissipated, people began to ask a very, very important question: What did they want? We know why they were protesting (I’m pretty sure), but what objective were these Occupiers seeking to accomplish?

And that’s where no amount of ugly glasses, varying forms of unkempt facial hair, or unemployed angst could provide a cogent answer. The Occupy protest turned into a really, really large, angry two year-old. It was mad, its arms were crossed in unyielding defiance, but it could not, to save its life, tell you what would get it in the damn car seat. That is why, to date, I would call this movement a failure.

One might pipe up and say “No, Irishman, they have not failed. They raised awareness about the populace’s dissatisfaction with corporations and rich people, fiscal inequality, and percentages.” Okay, I hear you. The problem I have with that is that a movement of this magnitude had a lot of power. To use it just to raise awareness about something with which most people are quite well acquainted is irresponsible and, I would even say, stupid.

What do we do now, then? How could we make this movement into more than a global temper tantrum? I have a couple ideas in mind that I think both sides of the aisle could get behind.

First: Term limits. Think about it. How do corporations get the power that they have? Why do politicians seem so disinterested in accomplishing anything that could benefit their constituents, despite the political consequences? We have a system where politicians are much more concerned with their careers than they are concerned with service of their constituents. This means doing favors for corporations and lobbyists in order to garner the monetary support of numerous political action committees, both for their campaigns and for personal gain. If you limit their terms, the idea of a “career politician” becomes null and void, forcing our leaders to actually lead rather than obsess over partisan rhetoric and accomplish nothing.

Second: regulation of the derivative market. These obscure financial instruments are largely unregulated and, many would say, (including the critically acclaimed PBS production Frontline) played a large part in the financial meltdown in 2008 and in the recent collapse of MF Global. Obama promised strict regulation of this risky market, but has not succeeded in passing anything, maybe because of the strong financial lobby that manipulates career politicians who can be in power for a lifetime.

These are just a couple valid, realistic goals for the Occupy Movement that would benefit our entire country and make their protests more than just an angry blip in history.