Point/Counterpoint: Stop Speaking the Lyrics Before You Sing Them 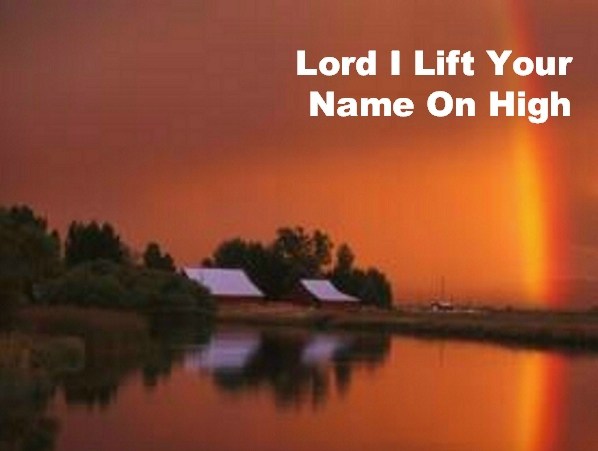 Do you know what my job is, Jay? It’s not complicated, but it’s noble. I’ll tell you what my job is, Jay. Take a seat. My job is to deliver the correct words of the worship songs to the congregation, usually  spread across a beautiful backdrop. Something like a flowering field, or a Montana sunset. Sometimes in the winter I throw a beach up on the screen just to fight the Seasonal Affective Disorder. I get those words up there, and I do it at the right time, every time. That’s my job.

Why are you trying to do my job, Jay? Have I tried to do your job? Do you see me going up on the stage with my Takamine? Yeah, I’ve got one, what single Christian guy doesn’t? Do you see me going down there, strumming some chords and singing some songs with my eyes involuntarily closed in a worshippy passion? No, you don’t see that. You know why? Because that’s not my job. I was called to operate a useful Microsoft program. Just let me do my job.

It’s time you give me the respect I deserve. How would you survive Sunday mornings without me? A hymnal? Please, we’re not Catholics. You do a lot of things well. Every time you flex that falsetto, it brings the tears. If Coldplay has taught us anything, it’s that tears = tithes. That’s good work, Jay. And I know that sometimes Jesus speaks into your ear monitor and tells you that you need to mix up the arrangement of the song, so you need to let the keyboardist, the harpist, the tuba, and the djembe know where to go musically. On those times where the Spirit is telling you that we need to go over the mountains and the sea just one more time, we all appreciate your leadership.

But most of the time, that’s not it, chief. Most of the time you’re up there, acting like you’re Bon Jovi and you’re going to let the crowd do the next verse of Livin’ on a Prayer. Nobody has their lighters out here, Jay. It’s 9:30am on a Sunday morning. Your job is to be the voice we sing along with, that’s it. You initiate the singing, I show people the lyrics. You do your job, I’ll do mine, and there won’t be any trouble. Keep up the teleprompter act, though, and we’re gonna have a problem. You know who sits right next to me? The sound guy, Jay. You and I both know the kinds of things he can do to make your world filled with hurt. We don’t need to go there, do we? I’d hate for you to get a lot of feedback in your ear monitor. It’d be a shame, Jay. A real shame.

Whoa, whoa, whoa!  Wuh-uh-uh-oh!  Where did that come from?  Seriously bro, it’s like I don’t even know you anymore.  You sure this isn’t about something else?  Like maybe how I started dating Sara last week?  Bro, we’ve talked about that.  You guys only dated for like a month.  Plus, you and I weren’t even really friends back then so it doesn’t count.

For now, let’s pretend that you’re actually serious about this whole “speak n’ sing” thing and I’ll try to explain why I do what I do even though you probably won’t get it because you’ve never lead worship anywhere much less been lead worshipper for a trans-denominational meta-church.  No offense, bro. 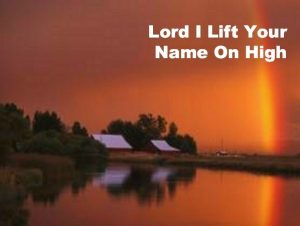 I take you from the sanctuary, to the rainbow by the lake on the farm.

Question: What good is a slide with words on it if you can’t read?  Answer: Not very good at all.

Are there illiterate people at our church?  Probably not.  Most of the farmers and truck drivers go to Lakeside Baptist across town.  But maybe there are.  And even if there’s only one, I think that justifies my decision to say “the splendor of the King” before I put it to music.  It’s my job to bring people closer to Jesus and that includes all people, not just the ones who paid attention in first grade.

Secondly, where’s this obsession with the slides coming from?  It seems to me – and I could be off-base here, but I’m just calling it like I see it cause you’re my boy and what are boys for if not to be upfront with each other but definitely let me know if there’s something else going on or if I’m missing something here – but it seems like you’re turning the overhead screen into an idol.  We want people looking at the stage which then makes them think about heaven.  Who cares about what’s going on the screen?  No offense, bro.

You know who else had a big screen he wanted everyone to pay attention to?  King Nebuchadnezzar.  That didn’t work out too well for Chad-rack, Three-pack, and Antonio, and I’m not about to let you get this church thrown in a fiery furnace.

I don’t want you to think I don’t appreciate what you do for us, but I just feel like – and again, I could be wrong here but you got me all worked up and I need to speak my mind for a minute or else I won’t be able to sleep tonight – I feel like Christians did fine without Powerpoint for, like, 4,000 years and whenever the world ends and we’re back to living in caves and playing guitar by flashlight, we’ll do fine without Powerpoint again.  Is that what I want?  No.  But we could do it.  That’s all I’m saying.

Seriously though, are you sure this isn’t about Sara?