John Piper on Premarital Sex: More Disturbing than Your Parents 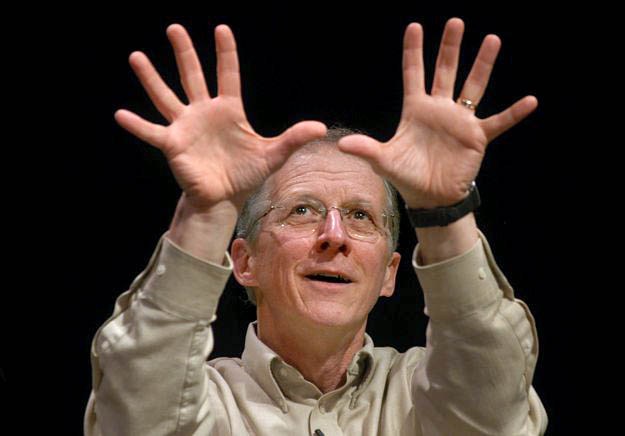 Let me just start out by saying that generally, according to his theology and for his appreciation of Tenacious D, I like John Piper. In this situation, I don’t disagree with the overall message that Piper is conveying. This guy is dropping truth bombs so hard, it’s like the swimming pool at fat camp after a cannonball contest. Water is everywhere. Or something. You get the idea. I don’t disagree with the theology being presented. It’s the method with which he conveys that message that I’m about to lampoon, not the content itself.

Watch this video. It’s about 6 minutes long total and the part I’m concerned with begins about 3 minutes and 15 seconds into it, so you can skip ahead if you want. There’s also a transcription below, if you’re lazy. Who am I kidding? I know you’re lazy. Just read the transcription.

This is from a segment called “Ask Pastor John,” where he takes questions from people and does his best to answer them. The question in this situation is:

If you were a youth pastor with two minutes to convince a young man not to sleep with his girlfriend, what would you say? Would your comments be different if you were talking to a young lady?

Good question, right? Every Christian that’s ever been in a romantic relationship has had this issue come up. Where’s the line? If I love her, why can’t we? What about if we keep our eyes closed? Or if I have gloves on? And ski pants? We’re going to get married anyway. Piper provides multiple approaches to answer this question which are generally solid, but he ruins it in a big way about 3:15 when he presents his “second approach” to addressing this issue. It’s jaw dropping. Here’s what he says:

Piper: Number two you’d say: You know, don’t you, that Christ died for you sins? All of them, including your future fornication. When you penetrate this woman, you thrust a sword into Jesus’ side. Think about that. Do you want to do that? Every sin you commit is a fresh sword thrust into the side of Jesus. You keep that in your mind, buddy.

Wow, Pastor John. Wow. I just… I just don’t know what to say. Did you really have to do that? Did you really have to go there, with that, like that? I mean, there are a lot of other ways to say that that don’t involve the image of stabbing Jesus with a penis. You really had no other thought in your mind other than a metaphor that is featured in every single romance novel ever? If the tactic you were going for was to disturb people out of premarital sex, you were completely successful. In fact, I’m not sure you didn’t scare married couples out of having sex. He even pauses to say “think about that,” for emphasis. I don’t want to think about that, Pastor John. Not because I disagree with you, but because I now have the image in my mind of a wiener killing Jesus and I don’t think I’ll ever be the same. “Just picture it, stabbing Jesus with your dong”

Maybe he was put on the spot and it was unintentional, but this is a recording. This was edited. You could have gone back and re-shot that particular segment. Why didn’t you? Did you think that was an effective way to convey your point? Any junior high kid that was actually considering asking this question just frantically turned off their computer and hid under their bed. Sex is already an uncomfortable subject for many young people, especially Christian kids. Who are they going to ask? Their parents? That’s a terrifying prospect for Christian and non-Christian kids alike, because it presupposes that our parents would be speaking from experience with each other and sweet Moses please bleach my mind.

More than that, it’s an important subject; if young people can’t get respectful, engaging, normal information from their church leaders about sexuality and its place within Christian life, they’re going to get it somewhere else, like MTV or Dr. Phil. Have you seen that guy? These kids are sincerely seeking advice, trying to do the right thing. It’s not really helpful to tell them that when they’re considering rounding the bases they’re really thinking about penis-stabbing Jesus. 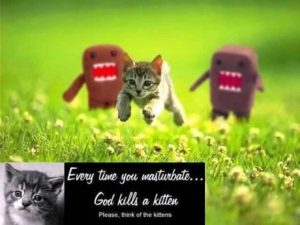 The problem here is that the delivery overwhelms the message. This is a sensitive subject, one where violent, hyperbolic images have no place. This isn’t Iraq, dude. Leave the Shock and Awe for the military.

People will remember your message, sure – but they won’t take it seriously. They’ll be too focused on how you just scarred them for life, and they’re never going to want to ask for your perspective again for fear of the next horrifying image you may conjure up.

Not good this time, John Piper. Not good.